Are you preparing for Drupal 7 and 8 end-of-life? 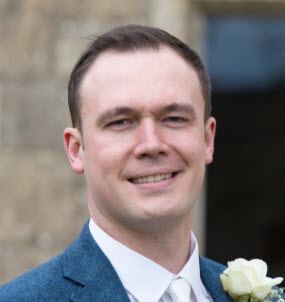 Back at Drupal Europe 2018 it was announced that Drupal 9 would be coming in 2020. This announcement started a raft of questions from the open-source development world, and since this time, more information on Drupal 9 and what this means for current Drupal customers has become available.

We’re here to bring some of this information together, point you in the right direction, and help answer some of the questions you no doubt have about what Drupal 9 means for you and how best to prepare for it if you’re on Drupal 7 or 8.

In February 2019, Drupal announced that Drupal 7 and 8 would reach their end of life in November 2021, bringing to an end a 10 year and 5 year tenure respectively. Drupal had been encouraging Drupal users to upgrade to Drupal 8 that would have then made it easier to transition to Drupal 9, which was released in June 2020.

However, due to the effect that the COVID 19 pandemic has had on businesses and their budgets, Drupal has decided to extend the life of Drupal 7 by a year, meaning that Drupal 7 will now reach its end of life in November 2022. The same cannot be said for Drupal 8, which will still reach its end of life in November 2021 due to the web application framework Symfony 3 also reaching its end of life. So, if you’re on either of these platforms it’s best to start thinking ahead and preparing for Drupal 9 migration now!

Why is Drupal 9 needed?

Fundamentally, it’s all about keeping your codebase up to date to ensure your website is secure and compliant.

Drupal 8 depends on a PHP framework called Symphony 3, which has an end-of-life of November 2021. This means that after this time security bugs in Symphony 3 will no longer get fixed. Drupal 9 has been released with Symphony 4 and 5, which are far more robust than its predecessor.

Security is the main reason for the upgrade to Drupal 9, however with it will come a host of functional improvements that won’t just benefit the customer, but also benefit businesses using Drupal as well.

I’m on Drupal 8. What does this mean?

The good news is that as a Drupal 8 customer the switch to Drupal 9 should be relatively painless – as long as you keep your Drupal 8 site up to date. Drupal 9 isn’t being built in a separate codebase; it’s actually being built in Drupal 8. This means that new functionality is being added as backwards-compatible code.

For Drupal site owners, moving from Drupal 8 to 9 will be like upgrading your Drupal 8 site to the latest version with all its deprecations removed. All you need to do is keep Drupal core, plug-ins and API’s up to date with the latest versions.

I’m on Drupal 7. What does this mean?

Unfortunately for Drupal 7 customers the road to Drupal 9 isn’t quite as simple. There won’t be a way to go straight from Drupal 7 to 9 as they’re built in very different codebases, therefore this provides both a challenge and an opportunity to get your site built in Drupal 8 in a best practice way. This will make sure you’re ready for the Drupal 9 shift.

Should you not want or be able to move to Drupal 8, there is planned to be extended support with approved vendors until 2024. This long-term support programme will of course come at a cost, therefore the question here is whether you’d prefer to spend the time, money and resource on maintaining Drupal 7, or on re-developing in Drupal 8. Given the various benefits of Drupal 8 vs 7 the decision will likely make itself.

For tips on moving from Drupal 7 to 8 see this helpful article.

Want to know more or would like some help?

Check out the useful resources below or get in touch with us for advice on what to do next.

How to prepare for Drupal 9

What are the new features of Drupal 9?

What happens to Drupal 7 after Drupal 9 is released?

Drupal 7 will reach end-of-life in November 2022

We upgraded to Drupal 9. Here’s how we did it